Working on the night shift 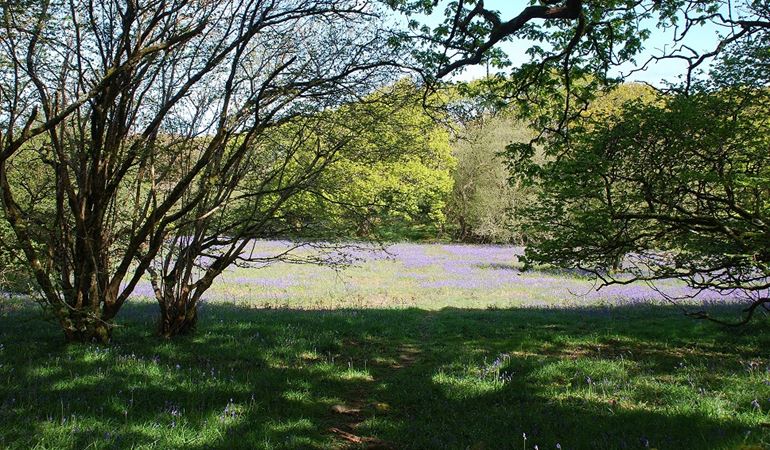 With over 70 National Nature Reserves in Wales, we are all only a few miles away from a special place to discover nature.

Our colleagues working to look after the National Nature Reserves have got together to write a blog, bringing you the latest news and goings on from a different site each month.

Most of us have some experience of seeing bats, even those of us who live in cities can see them flying at dusk.

Although there are 17 species of bats breeding in the UK, some of these are rarely recorded in Wales.

These protected mammals play an important role in the Welsh environment

They help to control pests by eating insects, and they are sensitive to changes so can also tell us a lot about the environment - this makes them great ‘indicators’ for the health of Welsh wildlife. 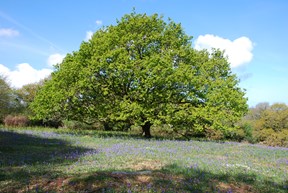 Many of our National Nature Reserves (NNRs) provide great homes for bats, and Tŷ Canol NNR on the north side of the Preseli hills in Pembrokeshire, is one of those.

Tŷ Canol NNR is a wood pasture nature reserve, this means that it’s built up of wooded areas combined with small clearings and a few larger meadows.

This habitat is fantastic for bats as they forage for insects to eat.

The reserve also has some great walking tracks, but be careful on the steep slopes in the wet weather!

Bats are of course nocturnal and equally obviously can fly - so working out what species are present can be a challenge!

One of the reasons we were created is to tackle this worrying and ongoing decline in our wildlife, so we monitor the bats at the reserve and work to protect and enhance their environment. 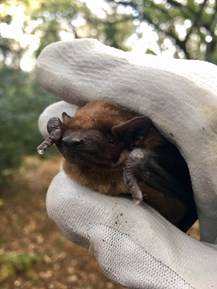 We have so far recorded seven species of bat at Tŷ Canol, these are:

Greater Horseshoe, Soprano pipistrelle, Common pipistrelle, Natterer’s, Brown long eared and Noctule bats. And finally Brandt’s/Whiskered bats (two species that are difficult to separate in the field so we could have either or both).

Bats can see perfectly well, but they use distinctive ultra-sonic calls for echo-location. This allows them to build up an “image” of their surroundings and detect their prey.

Fortunately for us, most species can be recognised by these calls! This audio clip of the greater horseshoe was recorded with a bat detector in a frequency we can hear.

We study bat activity on the NNR by holding transect walks over the summer, which means we follow a survey route that samples a habitat. This same route is then repeated over the survey period or in future years.

At Tŷ Canol NNR we walk the whole site with hand held bat detectors, we also place automated detectors that can pick up and record the bats high pitched calls.

A survey held in 2012 showed Tŷ Canol was being used extensively by bats but there was no indication of bat roosting sites.

In 2013 we took part in the Mammals in a Sustainable Environment partnership (MISE) project and erected thirty bat boxes. The bat boxes are monitored twice a year - in Spring and Autumn.

Since then, we have found pipistrelles, Brown long eared, Noctule and Natterer’s in residence, which is really encouraging in just a year!

Because bats are protected, we need a licenced bat worker to come and check the bat boxes. Under this supervision, we are able to gain valuable experience and training to handle bats.

So what are bats doing now?

Over September and October bats mate and feed to build up fat stores for the winter.

As the temperatures drop in November, the bats seek out roosts such as caves, cellars and tunnels with stable cool temperatures to enter a state of torpor (short periods of hibernation). This allows them to wake to emerge to feed during warmer nights when insects are on the wing.

In December and January bats will enter full hibernation, but while they sleep we will continue our work on the reserve to create a healthier and more resilient environment.