'Algae, not sewage' on some Welsh beaches 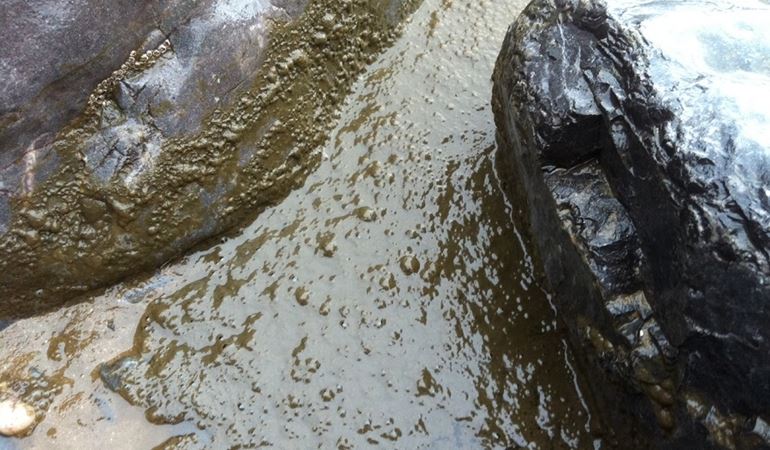 Natural Resources Wales (NRW) is reassuring local people and holiday makers that Welsh beaches are clean and healthy, despite some appearances of a foamy substance in the water and on the beaches.

NRW has recently received reports from people concerned about sewage or slurry on the beach or in the water, in places like Aberystwyth, West Angle and Pendine.

These have been investigated and found to be caused by nothing more than tiny, naturally occurring algae, called phytoplankton, that thrive in warm summer weather.

Rough seas whip up the organic matter or waste from the plankton in the water into a foam that is brought onto the beach by wind and waves.

People often mistake the algae as sewage or other pollution because of its appearance. The natural foam has a slight seaweedy smell and is slightly oily.

Rather than being a problem, the foam is a sign of productive and healthy Welsh seas. Phytoplankton forms the bottom of the food chain supporting a wealth of fantastic marine wildlife, like fish, birds and mammals like dolphins, much of which is protected in sites of European importance.

"Around this time of year we do get some reports of what appears to be sewage slicks on the coast.

“We treat each one seriously and whenever possible carry out tests to find out what it is.

“But almost always, despite its unpleasant appearance, the 'sewage' turns out to be this common algae which isn’t harmful.

“We encourage everyone to report what they think could be signs of pollution on beaches in Wales and we will continue to investigate each report.”

Some marine algae can cause a slight irritation on your skin so best to avoid coming into direct contact with it if you can.