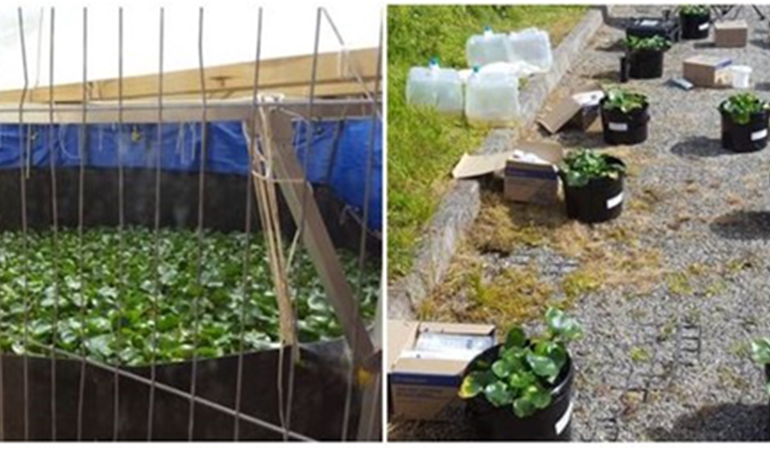 A possible solution for treating toxic metal contamination in Welsh rivers has come from an unlikely source in the Amazon basin.

Trials using the sub-tropical floating plant from the Amazon in Brazil proved to be a successful, environmentally friendly technique.

It removed 100 per cent of cadmium, cobalt and manganese and 80 per cent of zinc from the river over a three-week period.

After three weeks, the plants are removed from the water to prevent the metals from leaching back in.

The plant can then be used to produce biofuel, as fuel briquettes, compost and if in sufficient concentration, the metals can be recovered.

The research was part of an investigation into the Nant-Y-Fendrod river in Swansea that is failing to meet water quality standards.

“The results of these trials are very encouraging with potentially far-reaching consequences.

“As well as cleaning up our rivers, this technique could help to provide safe drinking water in developing countries and in dealing with certain implications of climate change, including ways of dealing with non-native invasive alien plant species.

“Should the plant become established in the Northern Hemisphere due to the effects of climate change, its use in this technique may offer an appropriate way of managing its spread”.

“The water hyacinth is regarded as a weed in parts of the world where the plant thrives and causes problems.

"It can grow excessively and needs costly mechanical removal.

“The millions of tonnes removed from waterways every year are also expensive to dispose of, mainly to landfill.

“Its use in phytoremediation, using natural plants to remove pollutants from water and soils), such as that trialled here presents an alternative and attractive use for a problem material.”

As it is regarded as a non-native invasive alien plant in the UK, it’s use would have to be controlled in purpose-built containment and treatment lagoons, under strict biosecurity measures.

However, the plant can't survive the UK winter, so without a significant increase in winter temperatures, there is no risk of it spreading.