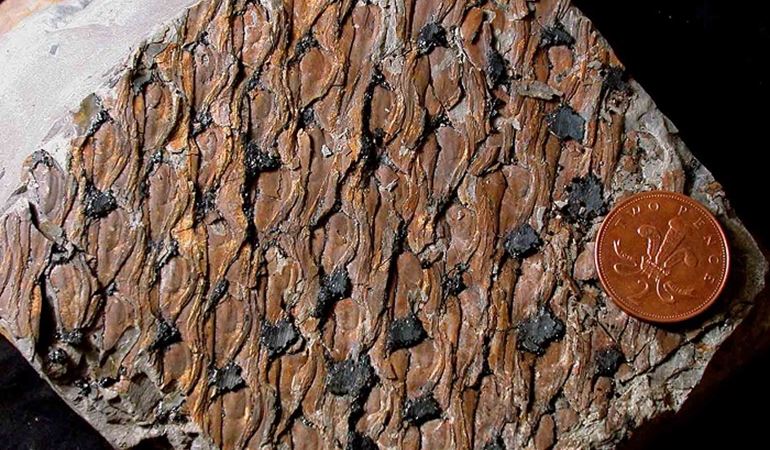 A fossil forest in Brymbo, near Wrexham, which pre-dates dinosaurs, has been designated a Site of Special Scientific Interest by Natural Resources Wales.

Covering an area nearly half the size of a football pitch, the site contains a fantastic variety of 300 million year old fossilised plants and trees, making it a world class site for plant fossils.

They are the remains of plants which grew in hot, humid conditions near the equator - and include 20 fossilised giant clubmosses that look like massive tree stumps.

First revealed in 2004 on the former iron and steel works site in Brymbo, much of the fossil forest remains buried for its own protection.

Plans are underway, led by Brymbo Heritage Group, to establish an excavation and visitor centre on the site that will ensure the right conditions to study and display these fragile fossils.

Raymond Roberts, NRW geologist said: “The SSSI designation will help safeguard the fossil forest into the future as a superb scientific and educational resource.

“Fossils have a wide appeal and this site, developed with the right expertise and care, has the potential to be a popular tourist attraction, contributing to the local economy of this area.”

Gary Brown, of Brymbo Heritage Group said: “There is an extraordinary story of tell at this site, linking the geological history with Brymbo’s industrial heritage.

“Our aim is to secure funding in time to open the excavation and visitor centre in the summer of 2018.”

The next events include open days on Saturday 15 August and Saturday 26 September. To arrange a visit contact Gary Brown, Heritage Officer, Brymbo Heritage Group on 0800 772 0981.

Some of the best and rarest fossils have been removed and are being conserved in the National Museum of Wales. They will be returned to Brymbo for public display, once a suitable building is ready.

It is illegal to remove fossils or damage a Site of Special Scientific Interest.