Cardiff flood scheme to be reassessed 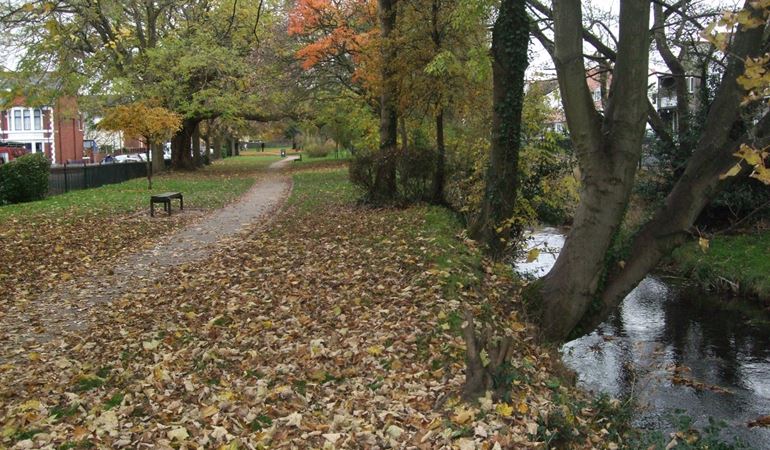 The proposal to reassess the final phase of the Roath Brook Flood Scheme in Cardiff as a separate project has been approved by Natural Resources Wales’ Board.

A proposal to reassess the final phase of the Roath Brook Flood Scheme in Cardiff as a separate project will be discussed by Natural Resources Wales’ (NRW) Board.

This was the third and final phase of a scheme to protect people and properties in the area.

The first two phases are complete, with more than 300 homes and businesses at a reduced risk of flooding.

Major considerations for NRW’s scheme was to protect and enhance the environment and the importance of the Edwardian gardens, affected by the scheme, as an amenity for the people of Cardiff.

However, this part of the scheme, to better protect approximately 70 properties in the Pen-y-lan area, has been on hold since December 2017 when NRW listened to the concerns of a campaign group that is against removing trees, and allowed them to independently review its plans.

And on Thursday (24 January) NRW’s Board will discuss the way forward.

“Flooding can devastate people’s lives and the Welsh Government has given us responsibility to better protect at-risk communities across Wales.

“We’re asking our Board to endorse a decision to reassess the final phase of the scheme as a stand-alone project based on advice from the Welsh Government, views provided by the campaign group from an independent consultant and no overwhelming support from the affected community.

“We remain confident in our assessment of the flood risk in the area, but we are also committed to working with the community to reassess the options with a view to reapplying for Welsh Government funding at a later date.

“Decisions supporting our original proposal were not made lightly. We’ve spoken directly to the people at risk and they have mixed views about whether the work should continue.”

But the campaign group disputes whether NRW’s planned work is the best way to reduce flood risk and limit the impact on trees and wildlife in the parks.

“We’ve worked closely with the campaign group throughout the review so far and listened to their concerns, and we propose to continue with this approach.

“Re-evaluating this part of the scheme after the work downstream was completed is something they called for.

“Engaging with communities is an important part of designing and delivering a flood scheme and local people will be integral to finding a suitable solution to the flood risk.”

NRW’s Board will be meeting in Abergavenny on Thursday 24 January and the agenda and the Roath Brook Flood Scheme paper can be viewed on NRW’s website.

More information about the scheme is available at www.naturalresources.wales/roath.

People concerned about flooding can check their flood risk, and find out if a free flood warning service is available in their area by calling Floodline on 0345 988 1188 or by visiting www.naturalresources.wales/flooding.