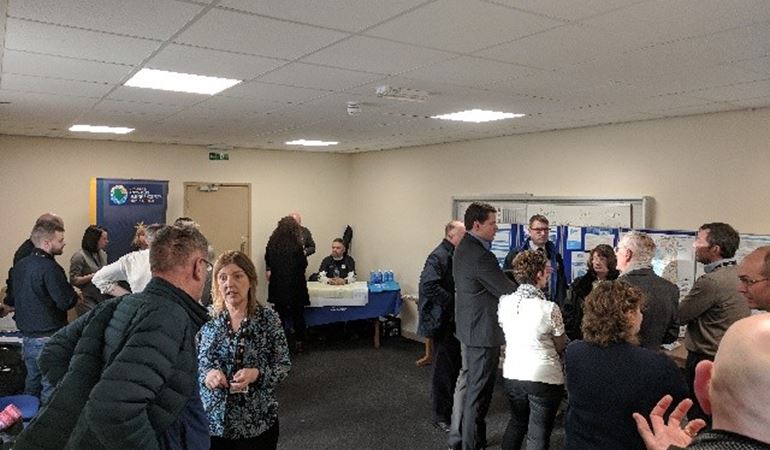 People in Llangefni and Dwyran on Anglesey have been invited to public drop-in sessions as part of ongoing investigations into last November’s flooding and to discuss what happens next.

Thirty-one properties in Llangefni and 13 in Dwyran were flooded on 22 November 2017, following extreme rainfall.

NRW is investigating the flooding caused by the Afon Cefni, Afon Braint and Afon Rhyd y Valley to fully understand what happened, why, and whether anything can be done to reduce the risk of it happening again.

The results will contribute to the flood investigation report to be published by Anglesey County Council as the lead local flood authority.

Based on this, NRW will plan next steps, including modelling the river and its surroundings and looking at possible options to reduce the risk.

Keith Ivens, Flood Risk Manager for Natural Resources Wales said: “We empathise with the people of Llangefni and Dwyran who were affected by flooding two months ago.

“Our teams have been collecting information from those affected as part of this investigation and the drop-in sessions are an opportunity for us to make sure we’ve captured everyone’s experiences and information.

“In the short-term, we’ve carried out some maintenance work on the Cefni to help water flow away more quickly.

“While we can’t prevent all flooding from happening we will explore all the options to reduce the risks, working closely with the community.”