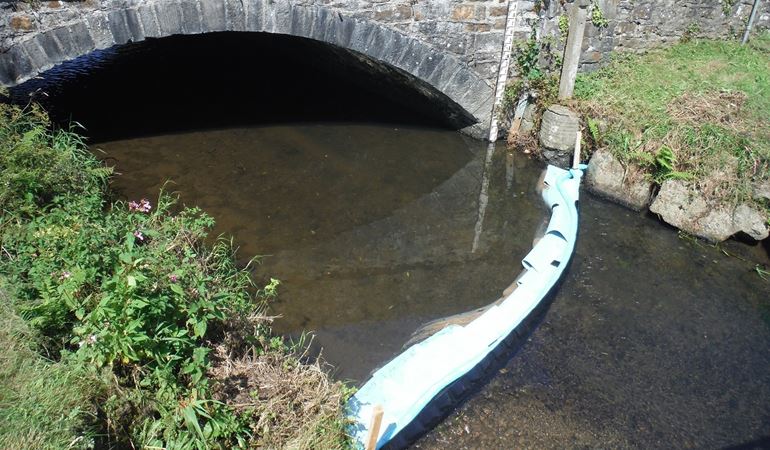 Officers from Natural Resources Wales (NRW) are investigating an oil pollution incident on the Tawelon Brook, near Johnstown in Carmarthenshire, after receiving reports from local people.

While the pollution appears to have significantly reduced, a slight oily sheen remains on the surface of the brook.

Booms have been put in place to soak up the remaining oil and minimise the impact on the environment.

Officers have identified the likely source of the pollution, and the operator of this site has now stopped any further pollution.

“Our rivers are important for our wildlife, our economy and our health and wellbeing so thank you to those who reported this to us and allowed us to act quickly.

“We’re closely monitoring the brook, and the Afon Tywi which it feeds into, but so far we have not seen any signs of wildlife or fish in distress.

“Once we’re happy that the pollution has fully cleared through the system, the oil booms will be removed and we will work with the site owner to reduce the risk of this happening again in the future.”