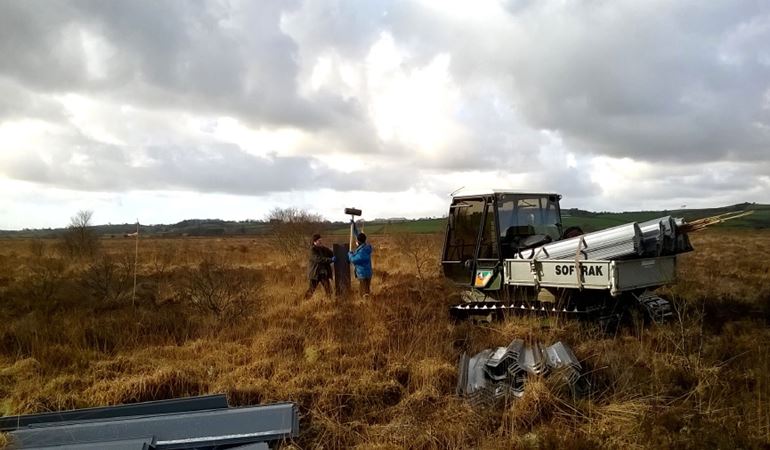 The peat bogs are located north of Tregaron and formed over five thousand years ago.

Historically peat at the edges of the bogs was harvested by locals for domestic heating purposes.

This has damaged them and made them drier, making it difficult for water to be held close to the surface of the bogs.

Because of this it’s not possible to form new peat and the existing peat dries out and releases carbon dioxide.

The damage has also caused a decline in rare bog wildlife which is why Cors Caron was declared as a NNR and European Special Area of Conservation.

NRW is working to slow down and stop water loss from the three bogs and restore their ability to keep water levels close to the surface.

This will enable them to form new peat, which traps carbon dioxide from the atmosphere and benefits rare and unique bog wildlife.

“Healthy peat bogs are rare, provide habitats for special wildlife and bring a huge benefit when it comes to climate change so it’s important to maintain them as best we can.

“The bogs at Cors Caron also make a big contribution to the local economy as maintaining these three sites has provided work for local contractors for over twenty years.”

This winter’s bog restoration work has finished, but more work is planned for the future.