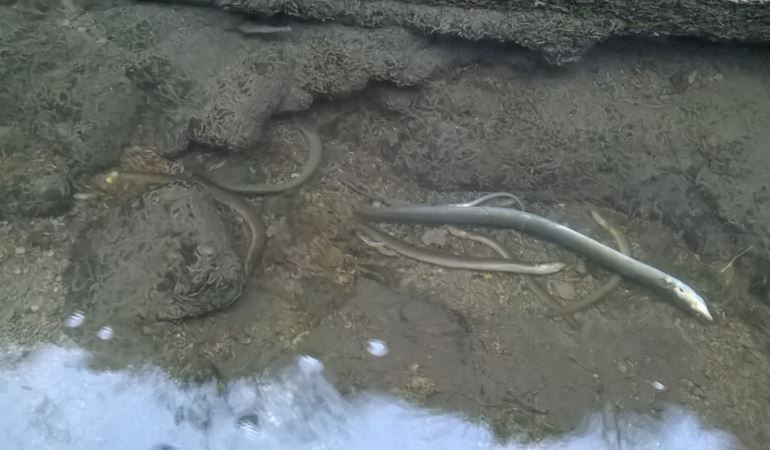 Dozens of fish have been killed in a pollution incident on a river in south east Wales.

Natural Resources Wales (NRW) officers are continuing investigations into the cause of the pollution incident that killed dozens of fish in a stream running through Llantwit Major.

The pollution was reported over the weekend and has effected over 3km of river along the Ogney Brook.

The incident has caused the death of over 250 fish including eels, brown trout and sticklebacks as well as almost all the invertebrates along that stretch of river.

The substance that caused the pollution has now passed and there is no longer a risk to the environment.

“We’ve used dye tracing techniques to try and pinpoint where the pollution entered the stream.

“We’re confident that the likely source was a spill following an incident on a road in the area last week.

“We will not hesitate to take enforcement action should we have sufficient evidence to do so.”

Natural Resources Wales (NRW) officers are investigating after receiving a report of an incident on a stream running through Llantwit Major in the Vale of Glamorgan.

About 100 dead eels and some brown trout have been killed following reports the water was running a ‘milky colour’.

“Keeping our rivers healthy for people to use and enjoy is so important to our wellbeing and our economy. So it’s important to deal with pollution as quickly as possible.

“Our officers are working today to try and identify the source of the pollution and are assessing any further impact on the river.

“If we find the source we will make sure no further pollution is happening and will take enforcement action against those responsible if appropriate.