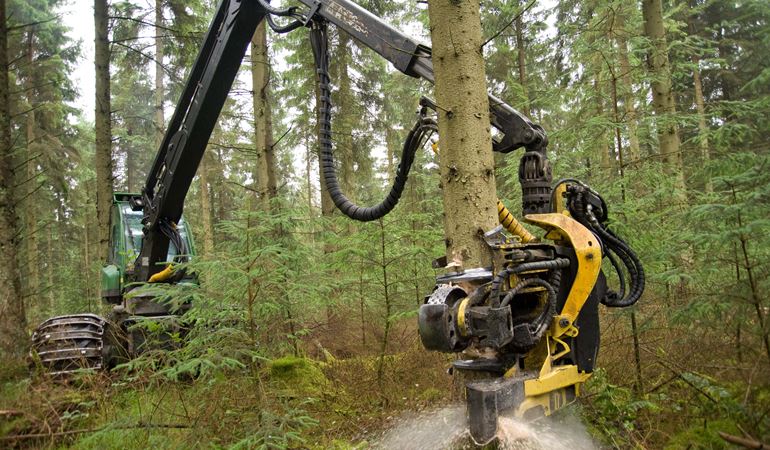 Natural Resources Wales (NRW) is making major changes to its commercial timber operations after publication of an independent report.

NRW called in experts, Grant Thornton, to review its processes and procedures after its accounts were “qualified” for three years running by the Wales Audit Office.

The report is available online and senior NRW executives will discuss the report at The National Assembly’s Public Accounts Committee on Monday 11 February.

“We are taking this situation very seriously and I am personally overseeing our improvement project.

“We promised to leave no stone unturned in getting to the bottom of the issues in our commercial timber operations.

“That’s why NRW commissioned Grant Thornton to carry out a thorough review.

“We fully accept their findings which have led us to implement an action plan to make sure that major changes and improvements are made.

“Delivering change on such a scale is critical in making sure this does not happen again.

“We are putting matters right, are on plan to deliver fully, and will be open about our progress.”

NRW says that it is already making improvements such as a reorganisation at senior level and establishing new standards for timber sales and training staff to achieve them.

Its project to make improvements is being steered at the highest level by NRW’s Chair, aided by three Board members. It also wants to improve its relationship with the timber industry.

We know that we have to get this right and the Board of NRW is providing strong direction and support to this project.

“I told our annual meeting with the timber industry recently that I feel a new era is dawning in Wales.

“The industry is a vital part of the Welsh economy and we have a good track record of supporting it. We have met our delivery targets in recent years and are on track to do the same again this year.

“In future I expect our forestry operations will maximise the benefits for the taxpayer and the industry.”

“We confirm that NRW has supported this review including the Chief Executive’s email to all staff encouraging them to participate.

“We have also noted NRW’s commitment to address matters raised in this report and other reviews through an action plan.

“We recommend that the progress of these actions is monitored and that there is a regular review of progress that is subject to a high level of scrutiny at board level.”