We appreciate your patience as we work with our partners to provide a steady and safe return to the countryside.

Most of our woodlands and nature reserves have now re-opened.

Please take personal responsibility for your safety, making additional preparations ahead of your visit and abiding by the safety measures in place.

See our tips about how to plan for a safe visit.

Stackpole National Nature Reserve is in south Pembrokeshire and is one of the most breathtaking locations in Wales.

Few places around the UK contain such a variety of habitats and wildlife in such a relatively small area.

The cliffs and beaches

The cliffs demonstrate the geology of Stackpole.

They are topped by a limestone plateau which was lifted from the sea-bed around 50 million years ago. Look closely and you will see a band of lighter rock, the compressed remnant of an ancient beach, formed when the sea level was much higher.

Two of Pembrokeshire’s finest beaches – the sheltered havens of Broadhaven and Barafundle Bay –lie within the reserve.

The dunes and lakes

Stackpole is an area of limestone grassland and ancient dune grassland which was created during the fifth and sixth centuries. It is bordered by scrub and woodland and, in the Spring, the area is alive with bird song and rich with flowers and butterflies.

Bosherston Lakes were created in valleys in the limestone in the 18th and 19th centuries by the Campbells of Cawdor, owners of the Stackpole Estate until 1976.

The calm surface of the lakes is adorned with white water lilies in summer, together with beds of bright green stonewort: these are a speciality of the lime-rich spring-fed crystal clear waters here.

Stackpole is a stronghold for several species, including one of Britain’s largest populations of the rare greater horseshoes bats.

The lakes are abundant with wildlife especially otters, water birds and dragonflies.

The National Trust owns and manages the reserve in partnership with Natural Resources Wales.

Within the Trust’s estate at Stackpole, there is an extensive network of footpaths, some 10 kilometres of which are in the reserve. There are also eight miles of cliff-tops and magical beaches on the Stackpole Estate.

Information about the reserve and the Stackpole Estate is available at the car parks and tea room during the summer months.

The Stackpole for Outdoor Learning base camp and the adjacent Stackpole Centre welcome organised parties of visitors and educational visits by prior arrangement.

Stackpole is a National Nature Reserve.

National Nature Reserves are places with some of the very finest examples of wildlife habitats and geological features.

There are over 70 National Nature Reserves in Wales.

During the year, the landscape changes at Stackpole National Nature Reserve.

Depending on when you visit, you are likely to see different wildlife, too.

Read on to find out what you could see here during the different seasons.

In the grasslands and sand dunes, there is a colourful display of spring squill and cowslips. Thrift comes into flower on the cliffs and clumps of marsh marigold create splashes of yellow on the edge of the lakes.

The cliffs are home to many seabirds such as choughs, guillemots, razorbills and even a few puffins.

You may also spot bats in the woodlands at twilight or feeding on insects over the lakes.

The woodlands are home to the silver washed fritillary butterfly while other butterflies such as the dark green fritillary, common blue and brown argus may be spotted on the grasslands and sand dunes.

Summer brings a varied display of wild flowers to the reserve. Bee orchids, common spotted orchids and wild thyme appear in the grasslands and on the sand dunes and white water lilies grace the lakes. Thrift is still in flower on the cliffs and is joined by golden samphire and wild thyme.

Skylarks can be heard singing overhead and reed warblers can be spotted in the lakes.

Just as in spring, the cliffs are alive with seabirds from choughs to guillemots and razorbills to puffins.

As the weather turns cooler, the grassland is dotted with colourful waxcap fungi and the spindle trees are covered in their distinctive pink fruit.

There’s plenty to see at Stackpole in the winter.

Surrounded by the stark colours of dogwood at the water’s edge, the lakes are a good place to spot a wide range of wintering and other birds including:

Facilities provided by the National Trust include:

Check the National Trust website for opening times of the car parks, tea room and toilets.

How to get here

The main public access to the reserve is via the B4319 Pembroke to Castlemartin road.

Minor roads lead from the B4319 to four car parks:

The National Trust own and operate these car parks and there is a parking charge.

The nearest train station is in Pembroke.

There are bus stops at Stackpole Quay, Broadhaven and Bosherston.

During the summer, the National Trust runs an on demand shuttle bus between car parks at Stackpole. For details of public transport visit the Traveline Cymru website.

Other places in South West Wales

Woodland walks, a mountain bike trail and an arboretum...

A woodland with a walking trail and mountain bike... 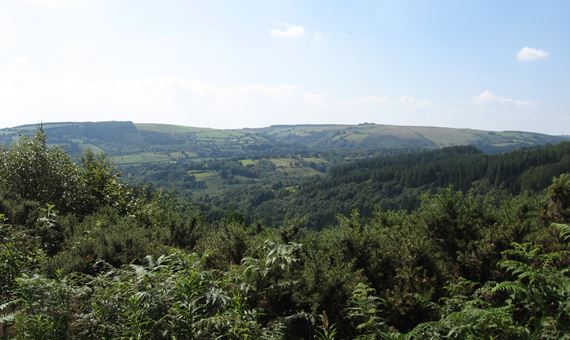 Two short walks through the forest 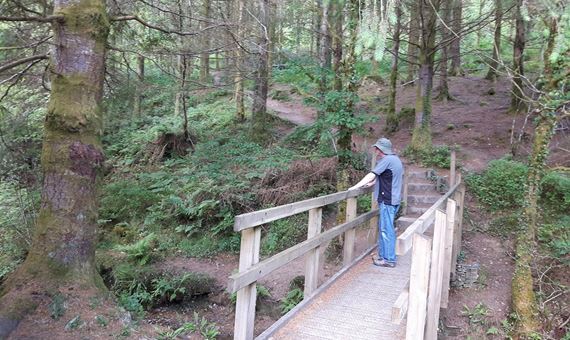 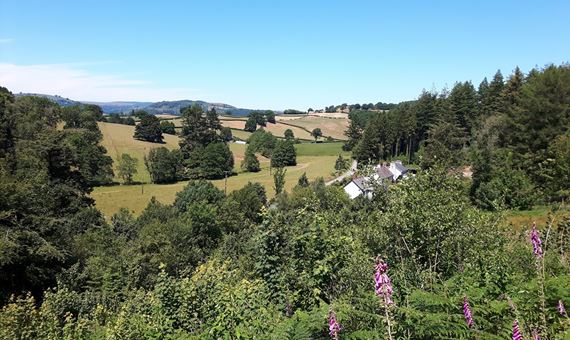 Walking trail in peaceful woodland on edge of... 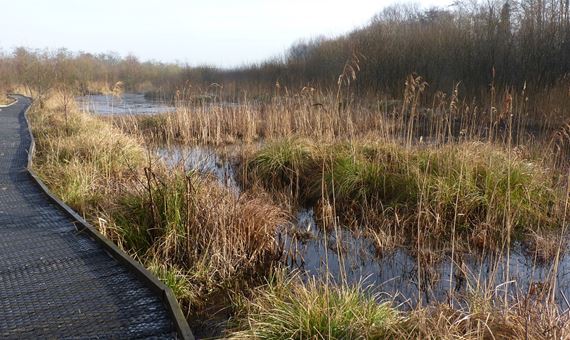 Wildlife haven with boardwalks over the fen

Peaceful woodland walk with views of the Cleddau...

Small woodland near the Carmarthenshire coast 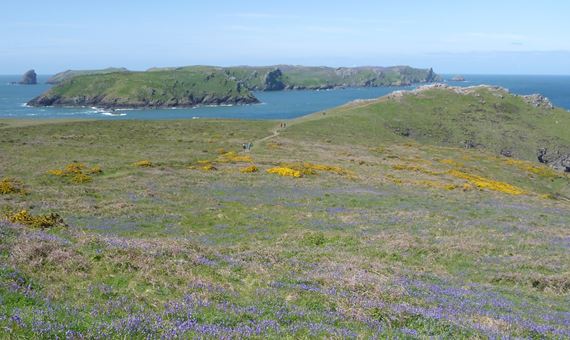 Steep climb up wooded hillside with views of a...

“Fair seagull on the seething tide”

The National Trust’s Stackpole Estate
Is there anything wrong with this page? Give us your feedback.
Print this page